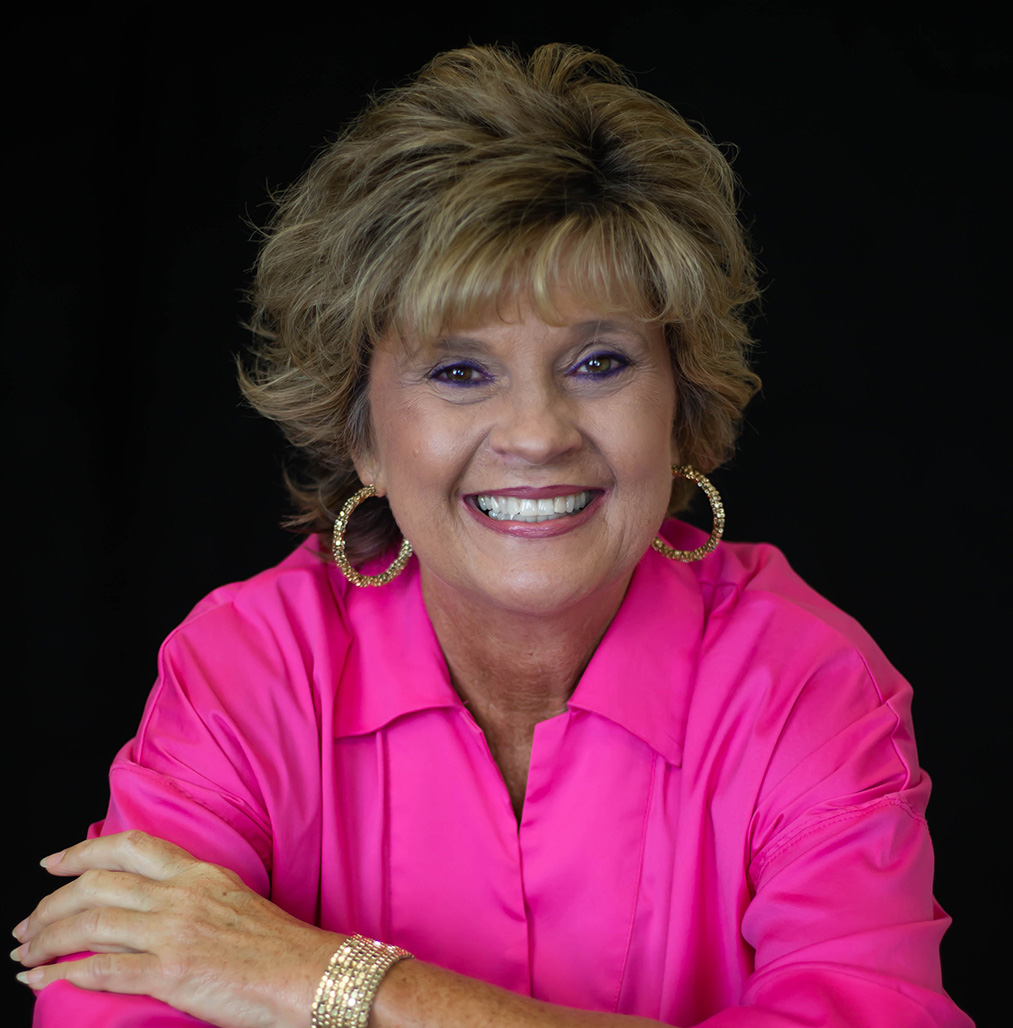 Cherie Nettles is described as a knee slapping belly laughing people magnet. Cherie draws from her life experiences to teach, inspire and entertain. Cherie says that when people laugh it is music to her ears.

Cherie Nettles was born and raised in South Carolina. She believes all southern girls arrive in the magnolia-lined states in three ways, safe, sweet and sassy, and she chooses to place her emphasis on the “sassy.” Cherie is a comedienne, humorous story-teller, Certified Laughter Leader, Bible teacher, motivational speaker and writer. Cherie has entertained audiences from Florida to Hawaii. with laughter, motivational messages and humorous stories, but she honestly admits her favorite place to speak is in Hawaii.

Cherie has been entertaining and warming hearts for 19 years, with her lighthearted humor, storytelling, motivational messages and Biblical teaching. She serves as a spokesperson for the SC Ovarian Cancer Coalition of the Midlands of SC. She has made guest appearances on AtlantaLive, Babbie’s House, WIS Television and been a guest on multiple radio shows and this year in her free time, she has added storyteller coaching and comedy coaching.  Cherie has entertained audiences from government groups, to theaters and opened for Don Moen in his musical, God With Us.

Cherie has co-authored several books, written her own story, “Growing My Divine Shrine: Your Way to Live, Love and Laugh through Life,” has written for multiple publications such as HomeLife, LivingReal, Lexington Woman, Reach Out Columbia and She magazine, and in 2016 created her own T-shirt line.

Cherie’s personal journey is one of overcoming and she has used joy throughout her journey. From overcoming an abusive childhood, being diagnosed in her teens with a crippling disease, Rheumatoid Arthritis, and being a 19-year Ovarian cancer survivor, she learned quickly that sorrow brings sickness while joy brings healing. Her comedy routines and motivational messages of hope and inspiration will not only tickle your funny bone but also bring healing to your bones.

Cherie lives in West Columbia, SC with her husband, Mike, and new puppy, Clarence. Cherie has two children that have flown her coop but considers her children and marriage her greatest achievements.

The Learning Curve of Laughter

Our first comedy goal is to make people laugh, however, life is not always funny. In this breakout session we will learn some strategies to not only make your audience laugh but to teach them to laugh.

The Art of Recovery

Knowing your audience is the first rule of thumb; however, there are those times that the funny doesn’t land. This breakout session will teach techniques of bringing the funny back when the previous funny did not land well. These are tried and true techniques to keep the show going because we all know … THE SHOW MUST GO ON!